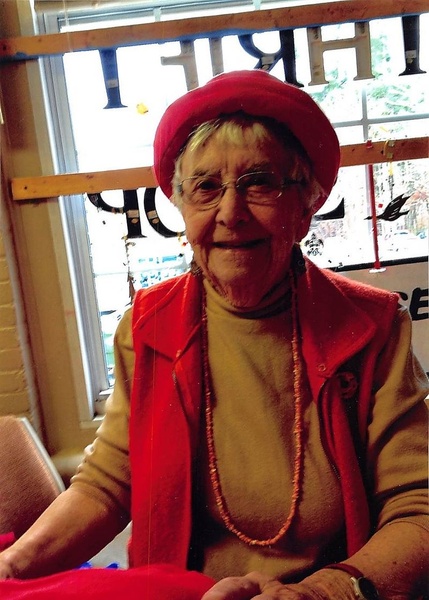 Susanna Joan (Mrazik) Wielinski, 98 and a longtime Littleton resident passed away peacefully on March 21, 2022. She was the wife of the late Thomas Wielinski.

Suzie was born in Stamford, CT on August 8, 1923, a daughter to the late John and Susanna (Kapusta) Mrazik. Suzie graduated from Stamford High School and was married in Stamford on February 13, 1946. Suzie and Tom later moved to Littleton where they raised their family. Never one to sit still, Suzie held many careers. She attended and in 1970, graduated from the Lowell Academy of Hairdressing. She worked at the Kennebunkport inn as a pastry chef, she worked for Atlantic Door in Acton and later, retired from LMI, Inc. Locally, Suzie will be fondly remembered by her many years as a clerk at the Littleton Thrift Shop where she made many friends.

Suzie enjoyed knitting and was an especially gifted watercolor artist. Her artwork of the craggy Maine coast was a favorite of many art shows. She never turned down a trip to Walmart and will be remembered by many people who had the pleasure of knowing her.

Suzie is survived by her children; Susan and Thomas of Littleton and Sandra of New York.

Services for Suzie will be private for family only. She will be laid to rest in Westlawn Cemetery alongside her husband Thomas.