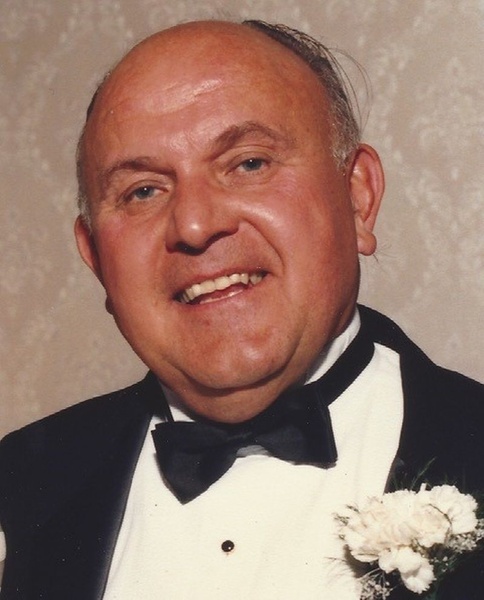 Thaddeus "Ted" S. Kosciuszek, age 88 and longtime Littleton resident, passed away on Wednesday, October 9, 2019, at the Life Care Center of Nashoba Valley in Littleton. He was the husband of 60 years of Alice E. "Peg" (Chaput) Kosciuszek.

Ted was born in Worcester on September 24, 1931, the son of Polish immigrants Alexander and Pauline (Szczygielska) Kosciuszek. He graduated from Saint Mary's High School in Worcester, and then attended and graduated from the College of the Holy Cross in 1953, earning a Bachelor of Science Degree in Political Science. In December 1953 he enlisted in the United States Army, and proudly served his country during the Korean Conflict.

Ted and Peg married on June 27, 1959 at St. Patrick's Church in Natick; they soon settled in Littleton where together they raised their loving family. Ted always cherished the time with his children and grandchildren. He worked for many years as a Systems Analyst and Program Manager at General Radio (a.k.a GenRad, and now Teradyne). After 25 years of service at GenRad, Ted retired from the information technology field and stayed active, working a variety of jobs ranging from a French restaurant to some regional banks. He was active in the Saint Anne's parish community, taking leadership roles in the Holy Name Society, serving as a Eucharistic Minister and usher, and volunteering at many parish functions. Over the years, Ted always enjoyed the outdoors, including fishing for trout, hunting for deer and occasionally pheasant, and catching cod and haddock on deep-sea fishing excursions. He was an early member of the Littleton Sportsman's Club, and helped build its base membership. As an ardent gardener, Ted looked forward to the early spring planting and late summer harvest. He was an avid crossword puzzle enthusiast, and often listened to opera and Polish polkas on the radio. Ted especially enjoyed vacationing at Wells Beach in Maine each year. He always liked telling a good story, enjoyed the company of family and friends, and welcomed a chance to debate current politics.

Along with his devoted wife he is survived by his loving children: Paul Kosciuszek and his wife Anna Ruef of Weare, NH, Joseph Kosciuszek and his wife Laurie of Georgetown, MA, and Marie Kosciuszek from Littleton; and his cherished grandchildren: Thaddeus, Alexander, Margaret and Rose. He was predeceased by his brothers: Peter, Walter, John and Thomas; and his sisters: Sr. Justine (Helen), Pauline Deptula, Frances Riani, and Theresa Kosciuszek.

Donations in his memory may be made to:
American Diabetes Association
260 Cochituate Road #200
Framingham, MA 01701