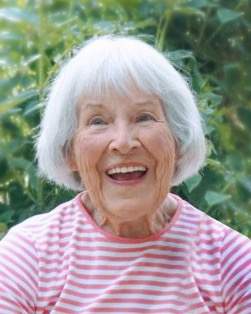 Theresa E. (Pellerin) Marshall, 93, of Littleton, formerly of Charlestown, NH and Westford MA passed away on Saturday November 5, 2022 at Nashoba Life Care Center of Littleton. She was the wife of the late Herbert Joseph Marshall who died in 1992.

Terry was born in Lowell, MA on February 2, 1929, a daughter of the late Joseph and Alice (Cantin) Pellerin. She was raised in Forge Village, Westford and in her early days worked for Abbott Mill and later as a nanny in Westford. Theresa and Herbert married soon and moved to Charlestown, NH where they together raised their three daughters. She also worked as a housekeeping supervisor for McKerley Nursing Home in Claremont, NH for 27 years until her retirement. She then moved to Maine to live with her daughter and son in law and later moved to Littleton, MA.

She was a devoted mother and grandmother, often traveling to Colorado to be with her grandchildren. She loved gardening, having a large plot in front of her home. She spent many hours tending to her garden and many would stop to admire it and sometimes help her. She was also an excellent seamstress and enjoyed being with people and spending time talking with them.

She is survived by her daughters; Cynthia Aldridge of Littleton, Debbie DePoyster of Lakewood, CO and Laurie Taylor of Littleton, MA; her grandchildren, Courtney Varn, Teri DePoyster, Tracy Brown, Robin Taylor, Rachel Taylor; her great grandchildren Adeline Varn, Elliott Varn, Henry Varn and Zoe Brown. She is also survived by her brother Arthur Pellerin and her sister Dorothy Farmer as well as many nieces and nephews.

Services and burial at Westlawn Cemetery, Littleton will be private.

Donations in her memory may be made to:
American Cancer Society
3 Speen St
Framingham, MA 01701