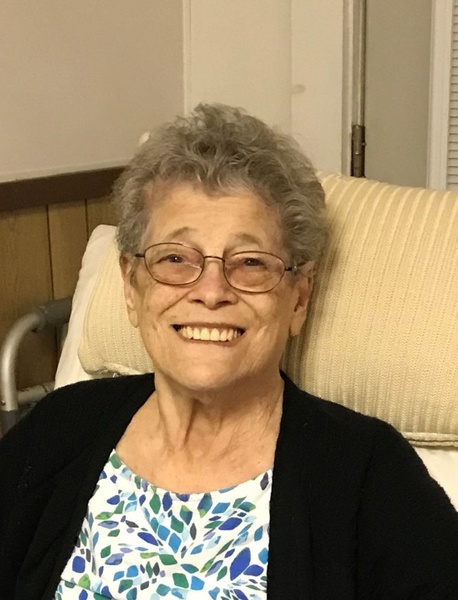 Theresa Mary Poitras, age 91, passed away at home Thanksgiving morning, November 25, 2021, with her family by her side.

Theresa was born in Lowell, MA, on December 26, 1929, daughter to the late Joseph and Elvira (Cesarone) Castellano. She was raised and educated in Lowell, graduating from Lowell High School, Class of 1947 and matriculated to Lowell Commercial College graduating in 1949. She worked as an executive secretary in Lowell until she met the love of her life in 1953.

Theresa married David C. Poitras on June 12, 1954, a painter from Harvard, MA where they built their dream home and raised 5 children. When their youngest son entered school, Theresa re-entered the workforce, first working as an insurance assistant, then as a bookkeeper and in her later years, full time as office manager in a small manufacturing company. Theresa's outstanding skills in organization, bookkeeping and math served her well over the years—always loving to learn, she mastered the skills needed in her job in the age of computers. Theresa was the first in the family to have an e-mail account and she loved it.

While living in Harvard, Theresa was active in the community—she wrote articles for the Public Spirit Newspaper, focusing on local meetings and events. She was a faithful parishioner of St. Theresa's church and a member of other local organizations. An avid reader, Theresa had an incredible vocabulary, completed daily crossword puzzles. She loved games, cards and bingo. She was a loving wife, mother and grandmother, enjoying fully her life in Harvard. Theresa and David both retired in 1992 and made the choice to relocate to northern Vermont.

Theresa and David built their second dream home—a log cabin with a spectacular view of the white mountains in West Danville, Vermont. Although Theresa missed her friends and family in Harvard, she enjoyed life in Vermont: she loved the scenic views, the long drives, the bountiful vegetable garden and her favorite—the flower gardens. In Vermont, she and David belonged to the Bailey Hazen snowmobile club where Theresa found new friends and enjoyed many nights of cards, dominos and laughter. She loved the local festivals, fairs and community events.

Theresa was a deeply personal woman, taking pride in her appearance, her home and caring deeply for her family and friends. Her grandchildren were the light of her life. After David's passing in 2014, Theresa continued to live in her Vermont log cabin with the support of family and amazing neighbors, most especially her youngest daughter Anne Poitras who cared for her with such love allowing Theresa to live with grace and dignity in her final years. During her final years Theresa attended Riverside Life Enrichment Center in Lyndon, VT where she had rich and full days of fun, friendship and laughter—she was loved by all.

A Mass of Christian Burial will be celebrated at 11:00 AM on Wednesday, December 1, 2021 at St. Theresa of the Little Flower Catholic Church, 15 Still River Road in Harvard, MA, with burial to follow at the Bellevue Cemetery.

Visitation and viewing will be held at St. Theresa's Church prior to the funeral mass starting at 10:00 AM.

In lieu of flowers please consider a donation in Theresa's memory to: