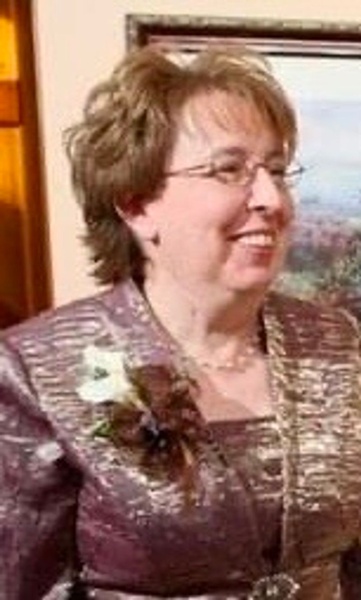 Therese "Tish" (Wessick) Pickard, 64 and a longtime Littleton resident, passed away peacefully in her home after a courageous 2-year battle with cancer, surrounded by loved ones on February 11, 2022. She was the wife of the late Charles Pickard, who passed in 2010.

Tish was born and raised in Somerville where she attended St. Catherine's Grammar School and was a proud graduate of Matignon High School.

Tish found true lasting love when she met Charlie who transformed the city girl into a country girl. They built their home in Littleton in 1989, which they filled with love for each other, their extended family, and their friends. Her favorite place to be was on her porch while drinking tea.

Tish valued the nursing profession. She dedicated her life to caring for the elderly population at a very early age. She began in high school as a nurse's aide and took great pride in caring for all with kindness, respect, and profound dignity. Later in life, she obtained her nursing degree from Northern Essex Community College. Tish was a dedicated and loyal member of the staff of Littleton House/Life Care Center of Nashoba Valley. During her over 30-year tenure at the nursing home, she made many lifelong friends and was respected and admired by many.

Tish was a newly dedicated fan of the Patriots. She was always very exuberant and animated during these games.

Tish had a sense of humor and faith that allowed her to fight her diagnosis with courage, grace and determination. She never gave up and for those of us that had the privilege of knowing and loving her, the chair will be empty but there will always be a place at the table for her. She will be truly missed.

In addition to her husband, Charlie, Tish was predeceased by her parents, Edward & Dorothy (Doyle) Wessick as well as her brother Mark Wessick.

She is lovingly survived by her daughter, Danielle Dowling and boyfriend Jason Felton of Littleton; her grandson Joshua Church of Littleton (whom she adored); her step-son, Jay McGarigle and wife Cheryl of Townsend; as well as her sisters, Margaret DiBello & husband Joseph DiBello of Oregon and Karen Harris & husband Del Laluc of Wareham, MA; as well as several nieces, nephews, cousins and life-long friends.

In lieu of flowers donations in Tish's name may be made to:
O.A.R (Organization for Autism Research) https://researchautism.org/ or
The American Cancer Society https://www.cancer.org/