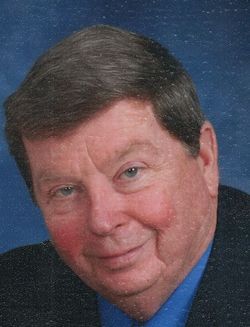 Thomas Francis Coughlin,74, of Littleton died of cancer on  June 28  at home surrounded by his family. He was born in Newton, MA on May 19, 1942 son of the late Robert and Isabel (McManus) Coughlin. Tom's early years were spent in Wellesley, Stoneham, Brunswick ME and Weymouth. After graduating from Weymouth High School he began work for HP Hood. Tom later worked for the Polaroid Company from 1965 – 1996. He joined the Army National Guard in June  of 1964.   Tom  met his wife to be, Kathryn (Mahaney) Coughlin in 1964 and they were married in 1967 at St. Paul's Church in Wellesley.  They made their home in Chelmsford and then moved to Littleton in 1971.  Tom was a member of St. Anne Parish where he was a lector, a member of the Holy Name Society and a member of the Saint Vincent de Paul Society.

Tom put his friends and family first but there were no limits to his generosity.

Tom is survived by Kathryn his wife of 48 years and his children Kathryn Coughlin of Hinesburg, VT and Mary and her husband Steve DeSimone of Dracut. He is predeceased by his brother Robert Coughlin. He is also survived by his sisters Patricia and her husband Eugene Cataldo of Burlington and Alice and her husband Charles of  Fort Myers, FL and many nieces and nephews.

The family would like to thank everyone who loved and cared for Tom during his life.