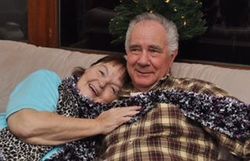 Tom was an honorably discharged U.S. Army Military Police Officer serving his country from 1968-1970.  His military awards include a commendation from President Richard Nixon. His occupations included entrepreneur, machinist, and Oil Heating Technician. As a retiree, he continued to work as a driver of children with special needs for C.A.S.E. Transportation.

Described by many that knew him as a man of great integrity, hard-working, dependable, with a wonderful sense of humor and contagious laugh. Throughout his life, he thoroughly enjoyed camping, fishing, and hiking with his family. He was a sports enthusiast and became an avid golfer the latter half of his life. On any given weekend he could be found on the golf course with his boys, fishing with his brother, enjoying dinner with his sister, or playing a card game with his beloved wife and family.
A private memorial party will be held to honor his life.