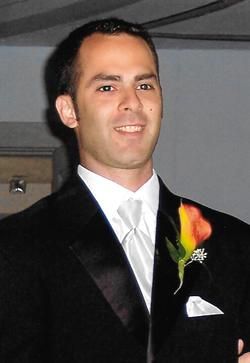 Timothy J. Bove, 37, of Watertown, formerly of Littleton, died unexpectedly on September 9, 2015. He was born in Concord, MA on May 6, 1978 son of Richard Bove and Jean (Tuttle) Reed. He grew up in Littleton and was a graduate of Littleton High School, Mass Bay Community College and Framingham State College. Tim received his Master's Degree from Boston College. He worked as a Junior Administrator at the Harvard Kennedy School of Government.
Tim served several years in the U.S Army and completed tours in Ramadi, Iraq, and Djibouti, East Africa, before he returned to the Kennedy School. He loved politics, history and world events as well as physical fitness and sports.
His survivors include father Richard Bove and his spouse Cindy Lawton, his mother Jean and her husband Robert Reed of Hill NH. 2 sisters Heather Hanley of Ayer and Mary and her husband Richard Zolla of Ayer. He was very close to his aunt Alice Amico and her daughters Kimberly Wolfe and Loren Clarke and their families, along with two nephews and three nieces.

Visiting Hours will be held at the Badger Funeral Home, 347 King Street, Littleton on Sunday, September 13 2015 from 2-4 & 7-9 pm. A Mass of Christian Burial will be held at St. Anne's Church, 75 King Street, Littleton on Monday September 14 at 9 am. In Lieu of flowers contributions may be made to Fisher House Boston, P.O. Box 230, South Walpole MA, 02071. Please see www.badgerfuneral.com