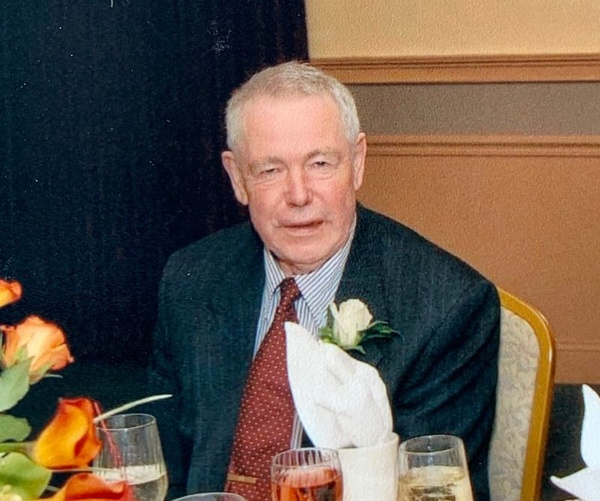 Timothy Collins, 84, a long-time resident of Concord, MA and Littleton, MA passed away at Emerson Hospital on May 14 from complications of pneumonia and COVID-19. He was husband of the late Mary ("Betty") (Walsh) Collins who died in 2008.

Timothy was born on March 26, 1936 in Limerick, Ireland, the eldest of ten children of the late Timothy and Ellen (Murphy) Collins. He immigrated to New York City in 1958 and proudly served in the New York National Guard as a member of the 165th regiment, originally known as the New York 69th "Fighting Irish". He moved to Littleton, MA after marrying Betty. After finishing his career at Raytheon in 2000, he spent his retirement years enjoying the company of his friends and family, using his innate whit and Irish brogue to exploit his gift of storytelling, and proudly serving as the patriarch of the Collins Clan spanning the U.S. and Ireland. He was a devout Catholic and a parishioner of St. Anne's Church in Littleton where he taught youth catechism and was a member of the Knights of Columbus. More recently, he resided at CareOne Concord where he served as the President of the Residents' Council.

He is survived by his six children: Timothy, Sean, Maura, Brendan, Denis, and Edward, their spouses, thirteen grandchildren, and two great grandchildren. In addition, he leaves his brothers Thomas, Denis, Edward, Connie and sisters Helena and Annie and their families in Ireland. He is predeceased by his siblings Sean, Jerry, and Hannah. Due to Covid-19 gathering restrictions, a private funeral at Badger Funeral Home will be held and a public burial at Westlawn Cemetery in Littleton at 12:00 PM will follow.

In lieu of flowers, donations in memory of Timothy can be made to:
Massachusetts Cystic Fibrosis Foundation
220 North Main Street Suite 104
Natick, MA 01760

The family would like to thank all those selfless individuals involved in Tim's care at CareOne and Emerson Hospital.