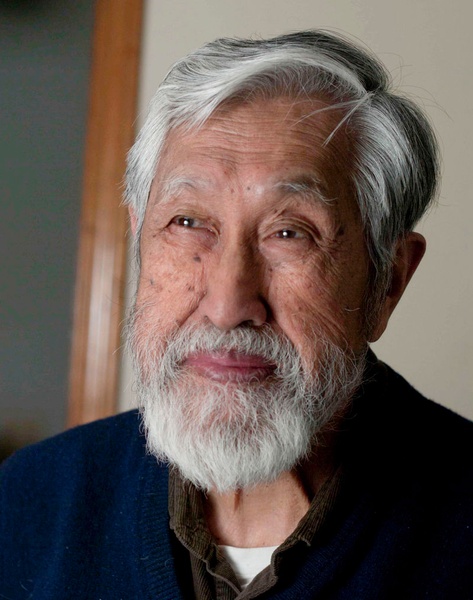 Ven Chao was born August 13, 1924 the third child of Dr. Chin-Shan Teng (鄧青山). Ven Chao spend his early childhood in Guling (牯岭) a resort town in Lushan City setup by a missionary as a sanitarium and retreat for western missionaries. Chian Kai-Shek met with General Marshall nearby to talk about post WWII plans for China. Ven Chao was a great story teller; we heard about him skipping school to go fishing, accidentally shot the farmer's pig going hunting with older kids. And with lively description as if he was actually there on how his father traverse the winding mountainous roads to visit patients late at night guided only by the light of a lantern.

Ven Chao talked about surviving various close calls with death. He got out just in time before the stream was flooded where he was playing in Guling, escaped a bombing raid in Shanghai just below the building he was in witnessing thousands die during WWII, survived tuberculosis in post war Taiwan, climbed out of a cliff unscathed in the jungle of Thailand where his car slid off, and recovered from quadruple bypass in 2003. He thought it was a miracle that he was still around able to spend time with grandchildren and had the chance to be reunited with his surviving siblings after separating for fifty two years.

Ven Chao enjoyed tinkering, traveling, and being outdoors. He was fascinated with airplanes and got into airplanes model building in his youth. Only a handful had a model engine powered airplane in China back in the 1930s. Relatives still remember the loud noise it made when he started the engine. He visited the U.S. in the sixties as a guest of the Bureau of Reclamation. With limited means, he was able to find deals and got people to arrange trips for him to visit several great places this nation had to offer. He had been to practically every state of the nation. Later, he traveled extensively in South East Asia for business and had plenty of story to tell. He loved taking long hikes, checking out neighborhood construction projects and talking to the workers where he found himself most in his element as a civil engineer. Hard of hearing really took away some of his enjoyment interacting with people in recent years.

He is survived by his wife of 62 years Fen-Chuan (Wang) Teng. They met at Shihmen Dam (石門水庫 ) where they worked together in Taiwan. Ven Chao is survived by his children, Steven and his wife Suzanne of Littleton MA, Louisa and her husband Michael Chan of Allen Texas, stepson Charlie Chow and his wife Kwang-Pei of Naperville, IL. His grandchildren Grace Teng, Luke Chan, Jarva and Eva Chow. He is also survived by his sister Mercy who lives in Shanghai.

Family and friends can gather to honor and remember Ven Chao at 2:30 on Saturday February 16, 2019 at the Badger Funeral home at 347 King Street, Littleton. Burial will follow at Westlawn Cemetery, Littleton