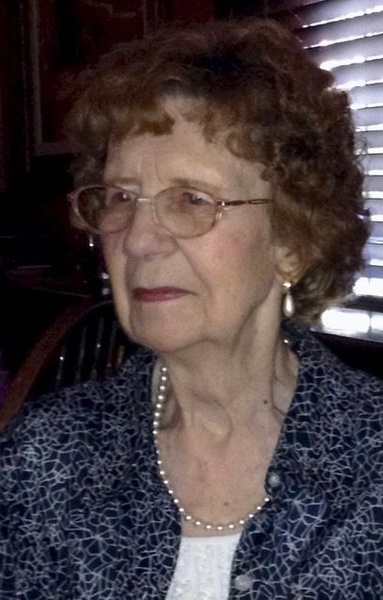 Virginia E. Borgatti, 92 of Sandwich, passed away on September 17, 2018. She was the loving wife of the late Wilfred Borgatti.

She was born in Somerville on August 9, 1926, the eldest daughter to the late Herman and Ethel (Paul) Koester, and was one of six children.

Virginia, known as Ginny, was raised and educated in Burlington. She married Wilfred ("Bill") Borgatti on September 30, 1961, and they made their home in Waltham for many years. She was a devoted wife, mother and homemaker.

In her later years, Ginny resided in Sandwich and was a loyal and constant friend to many at her apartment at Shawme Heights. Ginny's wonderful friends were a source of delight to her, and in return they provided much love and care for her, as well.

Towards the end of her life, she was also assisted by Elder Services of Cape Cod, Attentive Home Services, Meals on Wheels, and the Sandwich Council on Aging, and subsequently by the staff at Cape Heritage Rehabilitation & Nursing Facility in Sandwich. Family members are grateful for all those whose professional care and assistance Ginny received allowed her a quality of life she otherwise wouldn't have had.

Ginny was predeceased by her siblings Kenneth Koester, Willard Koester, Richard Koester, and Marjorie Gallo. She is survived by her son, Dana Borgatti of Tennessee, a sister, Christine Shields of Salem, a brother-in-law Richard Borgatti of California, and many nieces and nephews.

Services for Virginia will be private, and she was laid to rest at Fairview Cemetery in Westford next to her beloved husband.