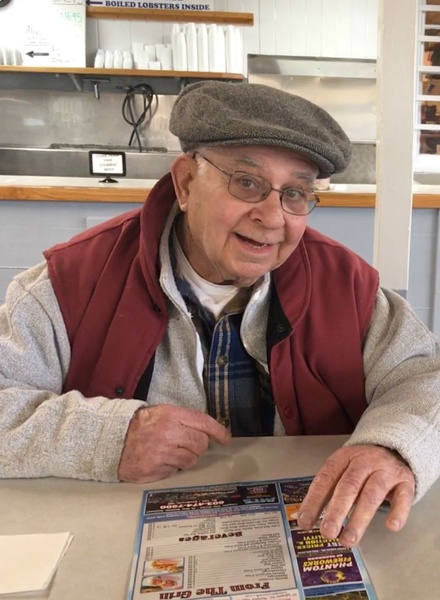 Wayne was the loving husband of the late Ann Irene (Marshall) Fairweather. The devoted and loving father of Bryan Fairweather and girlfriend Diane Wright of Westford, Rhonda Lane of Fitchburg, Dana Fairweather and wife Leslie of Groton and Tracy Lane and husband Bernie of Littleton. In addition to his children, Wayne is survived by 6 loving grandchildren – Christopher, Jacklyn, Theresa, Megan, Julia and Chelsea. He is further survived by his brother Ronald Fairweather of Billerica. Wayne was the loving brother of the late Eugene Fairweather, and his late sisters Dorothy Stone and Shirley Weber who predecease him.

Wayne was a Mechanic and spent most of his career at Polaroid Corporation. After retiring, he drove a school bus for the town of Littleton. He enjoyed hunting and fishing and was a member of the Nashoba Sportsman's Club. Wayne and his wife, Ann, loved to travel and took many wonderful trips and cruises and enjoyed going to the casinos. He especially loved taking his family camping. Some of Wayne's favorite moments were spending time with his kids and his grandchildren and his beloved dog, Leah.

Relatives and friends are respectfully invited to attend a period of visitation on Thursday, December 6, 2018 from 4:00 PM until 7:00 PM at the Badger Funeral Home, 347 King Street, Littleton. Wayne's funeral service will be held on Friday, December 7, 2018 at 11:00 AM in the funeral home. Interment will be private and at a later date.

In lieu of flowers, the family kindly requests that memorial contributions be made in Wayne's name to:
The Littleton Council on Aging
PO Box 134
Littleton, MA 01460