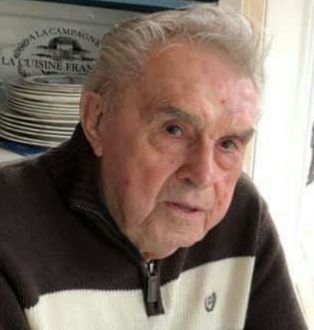 Wilfred H Rundlett Jr 90 years old and a longtime Leominster resident passed away peacefully on April 15, 2020 at the Clinton Hospital in Leominster. He was the husband of the late Priscilla (Hatch) Rundlett.

Wilfred was born in Waltham on April 22, 1929, a son of the late Wilfred H Sr and Lena (Caughey) Rundlett. He attended area schools and earned his Bachelor's Degree from Wentworth Insitute of Technology. He married Priscilla (Tillie) and moved to Boxborough where he lived for many years. He was a skilled carpenter and enjoyed re-modeling every house he lived in. He also enjoyed woodworking right up until his death, where he could be found making ornate birdhouses which he hand-painted. Fred loved to camp, play hockey, ride his motorcycle and build things with wood. He often reminisced of the several cross country motorcycle trips he had taken with Priscilla. He would often say, how lucky he was to have such a wonderful long life.

Above all, family was paramount in Fred's life. He was a devoted family man and will be missed by all who had the pleasure of knowing him.

Services for Fred are private.