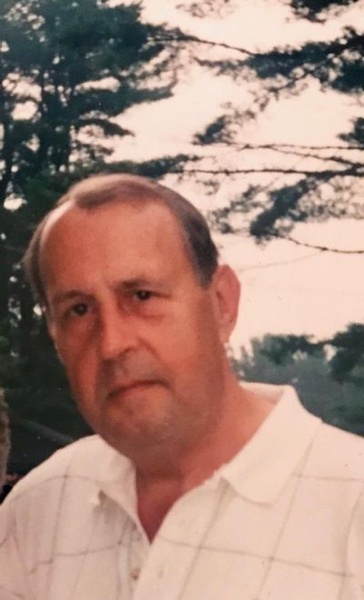 Loving father to son Donald K. Bjork and his wife, Cindy of Townsend, MA and daughter Helena M. Prentiss and her husband Paul of Leominster, MA. As well as his late son, William S. Bjork. Grandfather to Evan Bjork and his fiancée Debbie Reagan, Michael Bjork, Jacob and Paige Prentiss.

He leaves two brothers, Paul Bjork and his wife Kathryn of Atkinson, NH, David Bjork and his late wife Marcia of Natick, MA. He also leaves several nieces and nephews.

Bill worked many years for Raytheon Company in Lexington, MA before retiring to spend his days golfing. His favorite place was in Lovell, Maine where he enjoyed playing in competitions and even managed to win a few trophies. He was very proud to have his name etched on a few plaques hanging on Lake Kezar Country Club’s walls. He enjoyed spending time with his family and getting together for holidays and birthdays and also watching his beloved Red Sox.

Relatives and friends may call at the MARCHAND FUNERAL HOME, 16 Pleasant St., Pepperell, MA 01463 on Monday, December 11, 2017 from 5 to 8 p.m. A funeral service will be held on Tuesday, December 12th at 11 a.m. at the funeral home followed by burial in Woodlawn Cemetery, Pepperell. For online condolences, please visit www.marchandfuneralhome.com.