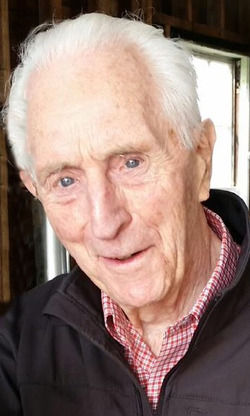 He was born to the late Bernard and Bridget (O’Leary), November 17, 1929 and grew up in Jeffries Point East Boston, MA. William was a devoted husband, father, and loving grandfather.

He is survived by his seven children: John Cadden and Don Casali of Framingham, William and Justine Cadden of Billerica, Stephen Cadden and Donna Costigan of Shirley, David and Tina Cadden of Hudson, Maureen and Pete Deslaurier of Littleton, Barbara and Mike Brennan of Holden and Ann Meyers of Holden. He is also survived by 12 grandchildren, several great grandchildren, his brother Thomas Cadden of East Boston; his sisters Margaret DeBellis of Everett MA, and Mary (Billy) Rose of Billerica; and also many nieces and nephews. He is predeceased by his wife Mildred, and daughter, Patricia (Cadden) Blew.

William retired from the DPW for the City of Cambridge. He loved dancing, bowling, working on puzzles, and playing cribbage and spending time with his family.

The family would like to extend their gratitude to the staff of Dodge Park, Rest Home and the JHC Hospice Team for their comfort, compassion and support provided to “Bill” and his family