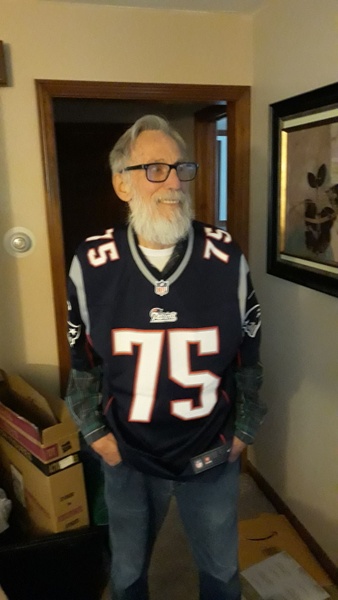 In 1953 Bill graduated from Dracut High School where he lettered in Sports (Football). He attended Northeastern University, and in 1963 graduated with a Bachelor of Science Degree in Mechanical Engineering from Boston University. He married Marilyn Garside in 1955 and together raised their 3 children, Elaine, William and Peter.

Bill worked for the Raytheon Company and enjoyed many years in the Defense Systems in the greater Boston area. He finally retired in 2006 after 51 years of continuous work, the last 7 years at the Tucson, AZ facility. He loved the work that he did, just for the fact that it was ever changing, ever evolving. He was considered a much needed, much valued engineer, mentoring others throughout his career. He was a voracious reader, wanting to know more about whatever he was curious about at the time. It could be cars, planes, trains, etc. If it worked with mechanicals, he was interested! He was a huge WW1 and WW2 history buff, reading books and watching documentaries on tv. Bill had a great love affair with early automobiles, his oldest being a 1914 Model T Touring. Over many years, he amassed a great collection of not just cars, but also literature, emblems and other collectibles as well as a definitive library of books of not just the cars, but the dreamers and manufacturers who designed the great horseless carriage. Just prior to his retirement, he discovered the western author, Louis L'Amour, and managed to amass every book authored by him. Other favorite authors were Robert B. Parker, Clive Cussler, Robert Ludlum, William R. Johnstone among others.

Bill married Merilynn (Wadge) (Vater) in 1976, a Canadian by birth. They met while both were in Grand Forks, ND for a weekend of R & R, he from Massachusetts, she from Winnipeg, Manitoba. They settled in Chelmsford, Mass, where they raised their son David (l978) and Merilynn's daughter, Leanne (1970). In 1983, Bill and Meri (as Bill called her), designed and built their family home in Westford, Massachusetts. In 1999, Bill received his offer of a lifetime, a transfer to Tucson, AZ to the newly established Raytheon facility. Since Bill's retirement, they have enjoyed going to /from their Tucson home. He and Meri enjoyed many cruises with friends or family. Always the seeker of knowledge, he was, after all, a Rocket Scientist! As many have said as of late, "he was the smartest guy in the room".

He leaves to mourn, and to celebrate his love and life, his children, Elaine and husband Robert White, William (Billy) and wife Christine Cox, Peter and wife Beth Cox, Leanne and husband Jeff Ladd and David and his wife Amber Cox Fitz-Henry. Granddaughters, Casey and Mackenzie Ryan (Leanne), Alison and Jennifer (Peter) and grandsons Jared and Christopher (Billy) and an extended family of cousins, nieces and nephews, and friends, Butch and Beverly Knapp of New Hampshire, Jim and Janice Rutter of Massachusetts and Carole Couture and Anita Onkka of Arizona; some old, some new.

Bill's final week was spent in hospital due to a fall which was attributed to the dementia that he had dealt with these last few years. Surrounded by his children and their spouses, Bill departed for his next big adventure.

If people are so moved, tell your loved ones that you love them, you value them and are proud of them as well. Bill did.