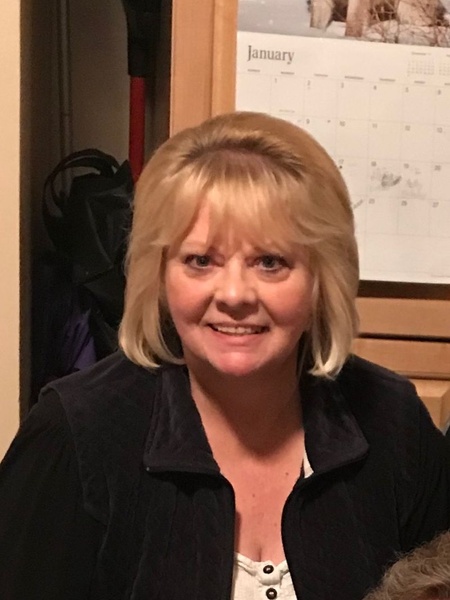 Winn was born on June 23, 1951 in Roxbury, MA to Carl "Ray" and Gladys (Fitchner) Johanson. She grew up in Littleton, MA and attended the Littleton public schools. She had many friends from school, some of which she had the pleasure of having strong relationships with presently. In high school, Winn was the lead singer in a band, The Reactions, where she proudly performed in the "Battle of the Bands". Winn graduated from Littleton High with the Class of 1969.

Winn enjoyed working with the public. In her 20's she was a server at the local favorite: The Old Oaken Bucket. Years later, she would work for the Groton General Store for well over 10 years, where you would recognize her friendly face and fun disposition.

As a a proud legal secretary for the Law Office Tiernan & Gmeiner in Littleton Center, Winn thrived professionally for over 15 years.

In 2010, Winn worked part-time at Tedeschi's Store in Littleton where she fully enjoyed seeing all her friends, family, and aquaintences from years past. Serving the public and sociallizing was the best medicine for her soul.

Winn resided in Pepperell, MA for 15 years, where she raised her children. She was a dedicated and strong mother, as her children will attest. She taught old fashioned values balanced with fun family time. The family went camping every summer and vacationed in Disney twice. Wells Beach, ME was a yearly destination, and one of her favorite spots on the planet. She made time with family a priority, and holidays magical.

In 1996, she resided on Hickory Hills Lake in Lunenburg, MA with her loving partner of 22 years, Phil Athorn. Phil and Winn moved to Greeneville Jct, ME in 2016. She spent as much time as possible with her girl friends, children and family. She enjoyed all activies in or near the water: kayaking, her boat with Phil, canoeing; late night fires, and training her new puppies-Brady and Murphy.

Her life was full, her heart was joyous, and her laugh filled a room.

Winn is survived by her loving partner of two decades, Philip Athorn; her daughter Cheryl and husband Paulo of Nashua, NH; her son David M. Pickard of Leominster; her grandchildren Sierra Kanser, Keegan Pickard and Kristian and Biyanka Pereira; her sister Lillian (Johanson) Ronzio, and her husband William of Westminster, MA; her brothers Carl R. Johanson, Jr. and his wife Ann of Greenville, NH, Paul Johanson of TN, and Mark Johanson and his partner Jennifer Dale of Westford, MA; 17 nieces and nephews, and cousins.

Family and friends can gather to honor and remember Winn for a period of visitation on Friday July 27, 2018 from 4 pm until 7 pm in the Badger Funeral Home, 347 King Street, Littleton. Her funeral services will be private.